On Friday the 24th April I was out of the office for the day at an event in Windsor. I got up nice and early to make sure I got there with plenty of time to spare and typical to me I got lost near to Windsor and managed to get there just in time for the Event to start. The event taking place was our Takeaway Treasure Hunt with a twist, normally our Takeaway Treasure hunts are self run and we simply send the client the packs and they run the Treasure Hunt themselves but on this occasion the group had also booked a fudge making workshop at the Jim Garrahyâ’s Fudge Kitchen.

When I arrived the group were just coming to the end of their conference and once they had finished I proceeded to explain to them how the Takeaway Treasure Hunt works. Once they were all sure of how it worked 3 of the 5 teams set off to start searching for answers to their clues while I took the first two teams to the Fudge Kitchen for their workshop. 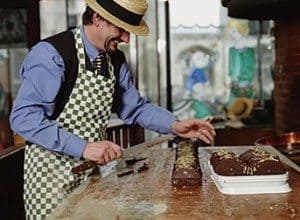 This was good fun and was quite interesting as well. The group took it in turns to stir, poor and fold the fudge until they had made a near to perfect fudge which we all got to taste! Then the groups were taken to the shop to choose which fudge they wanted for their fudge boxes to take home with them. Also they were all given certificates which they will of course hang with pride on their walls at home!

These groups then went on to proceed with their Treasure hunt and another group arrived for their slot at the Fudge Kitchen.

Eventually all groups had finished the treasure hunt and had their turn at making fudge and returned to the hotel for lunch. While they all tucked into their lunch I sat and worked out which group was the winner and it was very close, all teams had done very well! 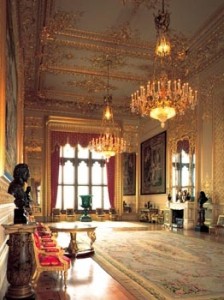 After lunch they were then going to Windsor Castle for a tour and it was time for me to return home. It was a very good day, enjoyed by all and myself.

For information on our Takeaway Treasure Hunts and Windsor Castle events please contact us.

GLOBAL CONFERENCE WITH A DIFFERENCE

A very tired Hellen is typing this after a long but extremely satisfying corporate event yesterday.