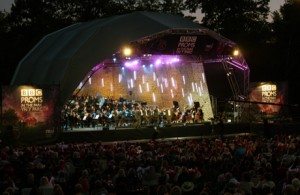 BBC Proms is a truly original event and a firm favourite amongst those looking for corporate entertainment! Sadly the BBC announced this January that the sister event BBC Electric Proms was to be cut due to the financial cutbacks. However BBC Proms in the Park has announced a superb line-up for this years Last Night, full of inspiring and hugely talented artist ranging from Katherine Jenkins to the celebrated pianist Lang Lang. The inimitable Ken Bruce from BBC Radio 2 will kick the party off with sets from artists such as The Overtones and Deacon Blue. This years special guests are Westlife, one of the most successful bands of the last 15 years with no less than 14 number hits to their name.

The Last Night is perhaps the day that most people get their perceptions of the BBC Proms in the Park (the Proms season actually last around two months), as the event is shown on BBC One and Two and often features patriotic British pieces, such as Land of Hope and Glory and Jerusalem (fantastic!). The audience often wear fancy dress and ranging from the quintessential English bowler hat to exuberant Union Jack t-shirts. 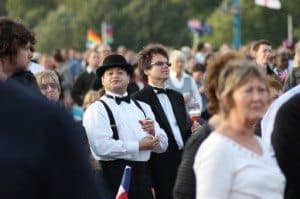 Our corporate hospitality presents a wonderful opportunity to attend arguably the most sought after night of the Proms season with all the glamour of a VIP experience. For more information click here for BBC Proms client entertainment.

Here’s some interesting facts about BBC Proms in the Park to leave you with!

LONDON TEAM BUILDING Team Tactics welcomed a group of American delegates to the UK last week, providing them with an...