What a year 2012 was for Epsom Races. If we can recall that long ago, The Queen marked the start of her Diamond Jubilee weekend by attending Epsom Racecourse for The Derby.

The Chairman of Epsom Downs Racecourse Anthony Cane said of the Queen’s involvement with Epsom Derby “At the end of the day, her love is to come here. You have to remember, she comes here in a normal year in a private capacity not on an official visit. But she comes because she loves it, and this time it’s her one trip to Surrey in the Diamond Jubilee.

“In the 16 years I have been involved with events at Epsom Racecourse, The Derby has been seen to be getting bigger, more glamorous than ever. Not only is this evident off the course but also on the course. Hayley Turner is the most successful female Flat jockey in England; in 2012 she became the second woman only to ride in the Derby. She then picked up The Sporting Achievement accolade at The Glamour Awards hosted by the flamboyant Graham Norton. 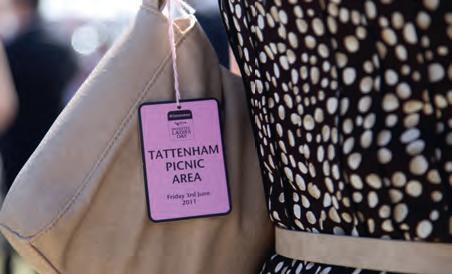 The Epsom Derby Corporate Hospitality Packages for 2013 offer a wide choice of entertaining opportunities from 31st May (Ladies Day) to 1st June (The Derby) from Open Top Buses to silver service gourmet dining.

Epsom, owing to its history and place in racing, and because it is such a unique track, is one of the must-see sporting venues of the world. It also now puts on some great post-racing concerts. We’ll certainly be back for Frankie Valli! Best wishes, Boylesports (Ireland)

Highlights From The 2012 Men’s Tennis Majors

It's been emotional. We've seen the most open year in awhile for the men's tennis season as well as some...