With 25 years of experience notched up in the corporate hospitality and team building industry, Team Tactics has noticed a marked change in its client base and the budget spend that are associated with their clients.

This marked change is very apparent when analysing our clients and spend across the 25 years of operating. Particularly in 2014, Team Tactics has seen an increase in technology and digital marketing firms who now predominate as its core client base, while traditional firms such as banks and solicitors have slowly over the years lowered budgets and booked less altogether, with the firm, for team building events. We are witnessing an increasingly technology based clients such as Google, Facebook, Microsoft who wish to drive team building activities. There are a number of elements which this change could be associated with however, one of the main features we have noticed is the changing workplace environment, as technology develops and companies value offsite events to increase staff retention, some of whom may be working remotely.

What have Team Tactics found?

We have looked at our client base over the past 5 years between January 2010 and December 2014 in order to see how the changing dynamics of firms and the value they place upon team building and corporate events is affecting the type of companies we work with.

These interesting results definitely relate to the changing business landscape in London, with a greater dominance of “technology” related firms (fitting under the bracket of marketing, advertising, digital and e-commerce dominated companies). A sharp decrease in the traditional firms is confirmed by our data collection and demonstrates the lowering of budgets and their want to enjoy corporate entertainment or a team building event. Another factor we have noticed is the number of retail companies which has increased. 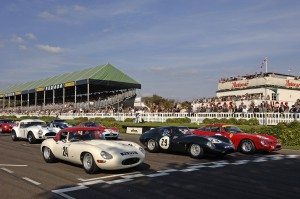 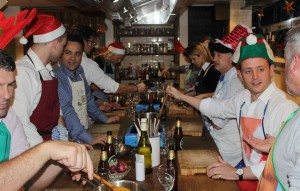 Why is the workplace environment changing?

There has been a major shift in the last 10 years, as the workplace environment has become an increasingly modern space to encourage employees to communicate across departments, a more relaxed environment in terms of dress code, more freedom of staff to manage themselves in terms of working hours and generally more emphasis on sharing ideas and creative thoughts.

It is estimated that the UK’s digital industry creates a total of £72bn for our economy while London as a whole has experienced an increase of 76% (Tech City UK) in the number of modern technology firms between 2009 and 2012. This growth of the digital market has most definitely been the result of the thing we rely on day to day and could not imagine life without it.

The internet is a surprisingly new invention which wasn’t fully developed until the 1990’s as well as being available for commercial use from 1992. Companies rushed to beat competitors in the setting up of their own websites to sell to customers and step into the world of e-commerce. The step into online consumer marketing also created a new level of demand further boosting consumer shopping experiences. This dependence on technology has increased year on year. As a result of this companies seek greater visibility on search engines, higher rankings, which requires specialist e-commerce skills. The highest growing digital firm in London, Infectious Media has seen a 9,774% revenue growth over the past five years as it explains how there was not a “tech scene” when it was founded but now London is regarding one of the technology centres in the world!

On the other hand, traditional firms, with the best example being the banking industry have had a bigger prominence in our daily lives previous to the digital explosion. With the invention of banking known to be before the invention of coinage and linked back to the safe keeping of grain in royal palaces, it is clear to consider banking as a more traditional industry. 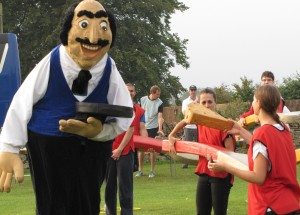 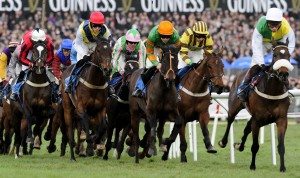 A number of factors have been changing and will no doubt continue to change as the introduction of new fashions and technology move away from the traditional 9-5 working hours and the suit and tie uniform. Ethos, uniform and diversity, amongst others have been shifting to create a more dynamic workplace. As a company specialising in corporate hospitality and team building events amongst other services, Team Tactics has witnessed a change in the budgets of traditional firms and therefore the importance they place of an “office day out” or helping their productivity in a “team building event”. It appears that contemporary firms with an emphasis on the digital industry are putting more value on the need for their staff to enjoy offsite activities or workshops. As a result it could be suggested that they have more of an emphasis on staff retention and the wellbeing of their staff. We can learn a lot from a sample of these young and vibrant firms. One in particular that stands out in today’s workplace is Google.

Is Google just the start?

You might know Google best for its activities online, but it is equally well-known in the business world for its revolutionary transformations in the corporate workplace. Google prides itself on having a workplace where employees can communicate easily with one another and be free to share ideas when they want to. A creative environment has been generated by a number of unique features in Google’s many offices around the world with London’s office including a roof garden and allotments that staff can maintain if they wish. Google’s HQ in California is the most stunning of them all with many unique policies such as a free canteen for breakfast, lunch and dinner as well as snacks throughout the day. Another of Googles outlandish ideas is to offer a treadmill desk as an option for those who would like to walk whilst working. Another “healthy” initiative is the maintenance of 1,000 bikes on the campus which allows workers to go from place to place or even go for a cycle in their lunch break, whilst tending to their very own garden space to grow vegetables.

Google are not alone when it comes to such unique workplaces, with the likes of Facebook, Microsoft and eBay all valuing the need for a more collaborative and employee friendly workplace. Architects traditionally allocated 250 square feet of office to each individual to allow space for the large equipment required, however due to mobile technology workplaces have shrunk by 100 square feet with the development of smaller machines and cloud file storage.

Another factor which could be changing the business landscape is the emphasis on “modern” subjects at school as it is becoming more and more popular to study subjects such as ‘media studies’ and ‘information technology’. These subjects may not have been an option 20 years ago. This is having a direct effect on the more traditional subjects such as geography and history. Tina Benson, Managing Director was chatting to one of its clients the e-commerce industry in the summer after their offsite which included Quad Bikes, Clays and raft design and build. One of the directors said he had studied Media and IT, but 10 years ago, it was still a new core degree and a lot of what he has learnt, he has done so at work. The bet is that in the next 10 years, young school children will know all this skill, having picked it up on the course which must, as the nature of IT be, ever improving and changing.

A question we can ask ourselves: What will the business landscape look like in London in 20 years time? And how will the next big technology invention affect this?

5 top tips for having a perfect Christmas party