Whether it’s decorating a Christmas tree, leaving out treats for Santa, eating a mince pie or roast turkey, pulling a Christmas cracker or hanging up an advent calendar, the UK has plenty of its own traditions during the festive period. We thought we would sum up some rather unique Christmas Party traditions from across the globe to inspire you to do something different this year for your staff Christmas party!

All this may seem normal to you however Christmas is celebrated very differently across the world with different traditions filling the festive period. 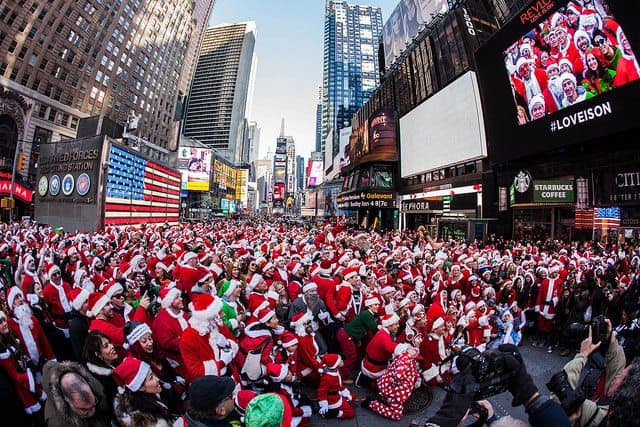 If one Santa isn’t enough for you this Christmas, New York is the place to visit where the annual Santa gathering occurs in the city. ‘SantaCon’ takes place in the city each year since it began in 1994 but has since spread to over 40 countries across the world. Thousands of people dress in the traditional red Santa outfit complete with the legendary white beard and walk the streets of New York during a very festive bar crawl.

Believe it or not, due to an extravagant marketing campaign in the 1970’s the consumption of fried chicken is at it’s greatest in December. Throughout the Christmas period KFC actually has to take reservations for its restaurants in Japan where the Japanese enjoy this fried Christmas tradition. 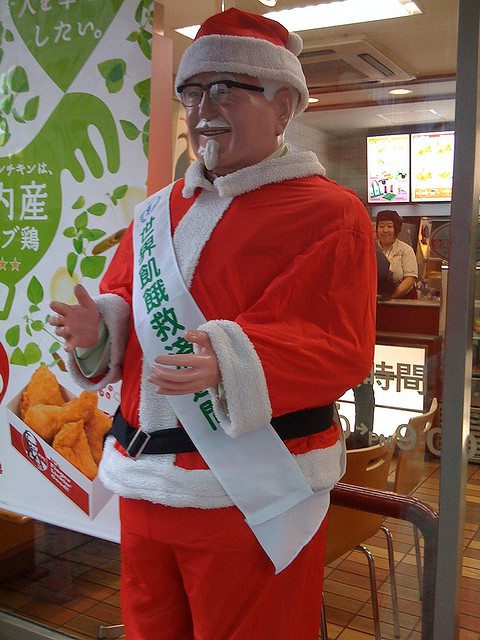 Unlike the UK’s traditional turkey or ham we are used to seeing at Christmas time, many in Japan enjoy pre-ordering their fried chicken which is usually accompanied by a delicious Christmas cake or dessert. While only 1 percent of the population estimated to be Christian the power of advertising means it has become common practice to eat KFC during Christmas.

In Venezuela on Christmas Eve the roads are closed to cars for residents to put on their roller skates and skate to mass! Roads are closed from 8.00am to allow for the unconventional commute to worship. This usually happens between the 16th and 24th December where no cars or buses will be on their way to church.

4. Australia – Christmas on the beach

Christmas down under seems alien to the British due to the climate they have in December. With the UK experiencing chilly, damp and sometimes snowy weather Australia in contrast has a warm and dry climate as they celebrate Christmas in their summer months. Residents traditionally enjoy an Aussie ‘Barbie’ in the baking heat and many head to the beach to enjoy their Christmas Day in the sunshine!

In Iceland there is a tradition which involves children leaving a shoe or boot outside for the interestingly named ‘Yule Lads’ to fill with sweets. Yule Lads have become the modern version of Santa Claus and are thought to originate from Icelandic folklore. 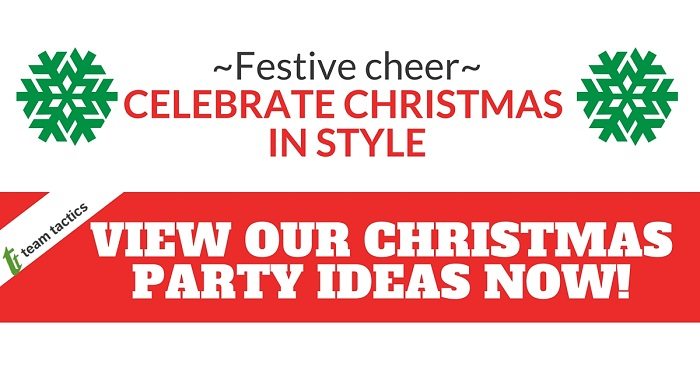 Why not enjoy something different this Christmas with our selection of Christmas Party Ideas with a difference. Contact us now for a bespoke proposal!

Teamwork is a critical factor to consider when trying to achieve maximum efficiency within the workplace. In order to remain...