The iconic Twickenham Stadium, the Home of Rugby, There is no where better venue to entertain your key clients or staff members than Twickenham. Twickenham rugby hospitality combines the excitement and drama of international rugby with first class facilities. Twickenham has built a reputation for providing first class hospitality experiences, such as the  onsite and highly popular Orchard enclosure.

A mouth-watering fixture list at Twickenham provides a superb opportunity to entertain your key clients and members of staff.

Please contact us for the latest availability and prices 0203 905 1750 or email info@teamtactics.co.uk 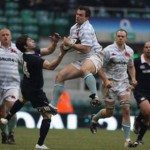 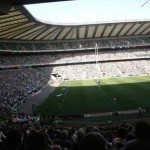 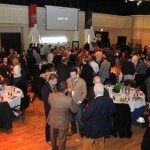 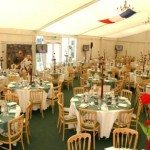 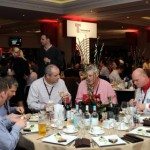 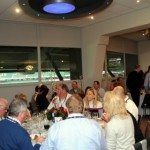 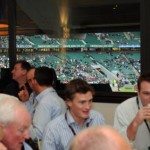 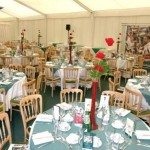 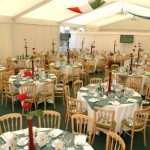 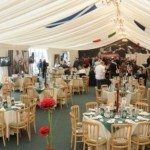 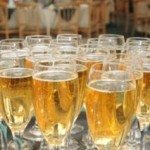 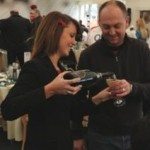 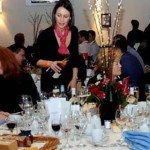 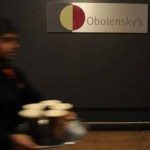 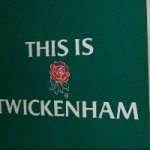 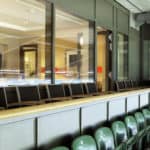 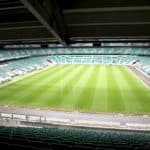 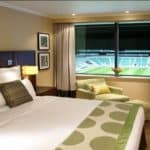 Providing the ultimate rugby hospitality experience, the luxurious Executive Boxes at Twickenham Stadium are a perfect way to entertain clients or partners, offering spectacular views of the pitch from the comfort of your own private box. With your own dedicated waiting staff, you’ll be served a sumptuous four course meal, before taking your seats and soaking up the unique Twickenham atmosphere. With post match afternoon tea guests will be able to analyse the match as the crowds clear outside.

Twickenham executive boxes are located in all four stands, all with outstanding views of the pitch. A limited number of boxes are available so make sure you book your place soon! Available for 10, 12, 16 or 20 guests.

Located in the South Stand inside Twickenham Stadium, the impressive new Rugby House facility offers guests a complete hospitality package and the definitive rugby experience with the sights and sounds of rugby. With state of the facilities and modern decor Rugby House creates an unrivalled atmosphere, providing the perfect setting for client entertaining.

Spaces in Rugby House range from smaller, intimate suites to large spacious restaurants. Included with this hospitality package is an official RFU match ticket. Private tables are available for ten guests whilst smaller numbers are accommodated on a shared basis.

Guests will enjoy Bollinger Champagne on arrival as well as a complimentary bar and fine wines with their four-course lunch. Private tables are available for 10 or 12 guests.

Located next to the Orchard Enclosure, the St. George’s Suite provides a more informal hospitality experience with a hot buffet luncheon and drinks tables but a similarly high standard of catering.

The Captains Club is arguably the most exclusive part of the Twickenham Stands as it is located in the ‘Carling Room’. This is an opportunity not to be missed for you and your guests as you enjoy the very best in Rugby hospitality at England’s home ground. You will be able to join some of Rugby’s all time legends in this exclusive facility as your hosts will include the most famous and successful players of today!

To further enhance your unique day at the ‘Champions Club’ you will be joined post match by a selection of match-day players.

22 South is a contemporary restaurant situated within the London Marriott Hotel Twickenham which is part of the South stand development at Twickenham Stadium. The Home of England Rugby will greet guests with a champagne reception on arrival before enjoying a pre-match speaker and a delicious four-course lunch with fine wines.

The restaurant boasts natural daylight and blends and stylish interior with some of the finest hospitality available.

St George’s suite offers guests fine dining from Michelin star chef Jason Atherton along with fantastic seats within close proximity of the suite. Experience Twickenham at its very best with unrivalled hospitality and match seats close to the breath-taking action.

The St George’s Suite is truly patriotic in the fantastic Twickenham stadium for the RBS Six Nations. We will serve you a delicious four-course lunch with fine wines. Iconic players such as former captain Lewis Moody and Will Carling will share their experiences with you to complete a great day of sporting action.

Private tables available for groups of 4,6,8,10,12 guests and smaller numbers on shared tables.

The Players’ Lounge offers an exclusive opportunity to enjoy post-match access to three England players fresh from the pitch. This is a unique package at Twickenham stadium offering your guests the best experience with unrivalled hospitality and fantastic seats.

The Players’ Lounge in the Live Room is the ultimate rugby experience giving guests the chance to quiz England players such as Chris Robshaw and Mike Brown straight from the pitch. Guests will soak up the atmosphere with a delicious four-course lunch before enjoying the best seats in the stadium. Post-match guests also have a photo and autograph opportunity.

Private tables available for groups of 10 or 12 with smaller parties on shared tables.

The Merits Hospitality Complex hospitality package is in a fantastic location just opposite Twickenham’s South Stand and officially licensed by the RFU. Guests can enjoy a luxurious experience in the iconic stadium with a champagne reception, four-course connoisseur luncheon and fine wine. A complimentary bar of beers, wines and soft drinks along with guest speakers will make this the perfect way to enjoy the much awaited fixtures. This package boasts reserved seating on the West or South Stand grouped to suit your booking. Join us at the Old Mutual Wealth Autumn Internationals 2016 with the best hospitality experience on offer.

Discover unparalleled convenience with this luxurious hospitality package at the Marriott London Twickenham. Guests will enjoy match day tickets with their very own private balcony.

This package boasts champagne and canapes on arrival followed by a delicious 3 course per match meal and a mouth-watering half time cheese board and port.

The suite can hold up to 10 people.

From the moment you join us, you will be guaranteed the best service, the finest cuisine and the highest quality guest speakers and rugby personalities to create a memorable day at the home of English rugby.

With offerings such as a four course lunch, a complimentary bar and several rugby legends in attendance this is a hospitality package to remember.

Private tables available for groups of 8-12.

Overall it was a fantastic day had by all, once again thanks for arranging the hospitality for the team and our guest who enjoyed a wonderful day.

I have had very positive feedback form my colleagues and their guests on the hospitality for Sundays 6 Nations. My MD told me it was some of the best he had experienced.

Just a quick note to say we really enjoyed the England Internationals at both the Orchard and Rose Enclosures.

We have used Team Tactics to arrange a number of client / colleague corporate events, particularly rugby at Twickenham, Murrayfield, Stade de France, Croke Park and the Millenium Stadium. All of the events have been excellent with first class seating, good food and an endless supply of liquid refreshments. Team Tactics have always dealt with everything in a most professional manner and have delivered the sort of service we require and now expect. We have been offered similar facilities at a slightly cheaper price, but we are not prepared to risk our relationship with our clients and colleagues should this fail. Well done to Hellen, Tina & Co