Fill out this form and someone will be in touch shortly!

Challenge 100 puts teams to the test to win as many of the 100 points available before the end! 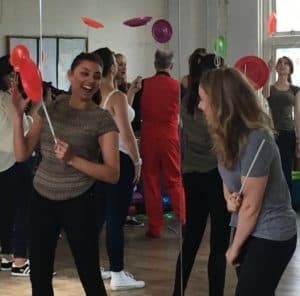 Challenges are designed for the highest participation and includes 5 different interactive zones.

Who will have the highest creative flair in the creative zone and who will flourish in the sports zone? Other zones include ‘Childs Play’ and ‘Sensory’ activities. Teams must complete as many challenges as possible to earn as vital points in the given time. The Challenge 100 booklet will include all the details for each task with an extensive range of strange and wonderful things to complete the challenges. The room will be instantly energised as teams rush to the central scoring station to hand in their completed games cards as quickly as possible.

Prices vary depending on the number of participants and the duration of the event. Please contact us for a tailored proposal on 01227 738 280 or email info@teamtactics.co.uk. 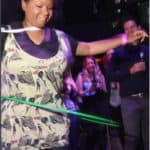 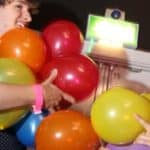 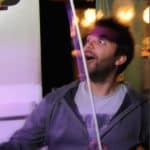 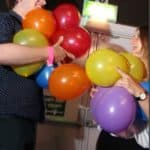 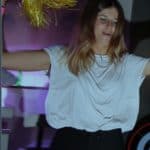 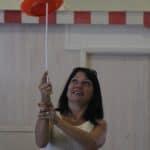 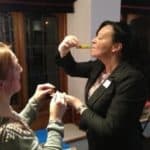 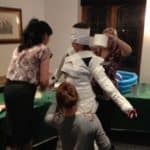 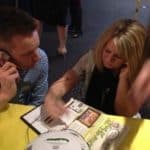 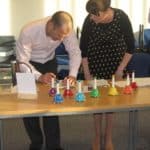 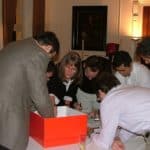 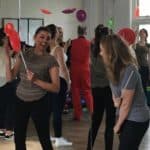 Challenge 100 is an easy to understand event allowing teams to get stuck in from the first second.

Teams will compete in 5 different zones from Brain-busters to a Sensory zone.

Some of the challenges will involve the entire team while others can be tactical and split up depending on the task ahead. This results in a hilarious level of fun competition. Challenge 100 will inject a serious level of energy into the room as teams develop tactics and push themselves to the limit to be crowned challenge 100 champions.

Our selection of light hearted challenges can include, ‘Shooting Hoops’, ‘Retro Gameboy’, ‘Hubba Bubba Challenge’. As the final five minutes of game play approach, the clock ticks down to the final second where the suspense builds, as nobody knows who are the winners until the prize giving and triumphant applause!