The Jaeger-LeCoultre Gold Cup Final, British Open Polo Championship, promises to be as exhilarating and thrilling as those of previous years. Heralded as the most competitive tournament in the world of polo, this truly is the high point of the annual polo calendar.

Played on the immaculate Lawns at Cowdray Park home to British Polo, in the shadows of picturesque ruins, this really is a beautiful and appropriate setting for the culmination of the British Open Championships and always a spectacular game. Those people new to the game are overwhelmed by the speed, power, skill and action of the sport and are spellbound by the breathtaking ability of both players and ponies alike.

For more information please contact us on 0203 905 1750 or email info@teamtactics.co.uk 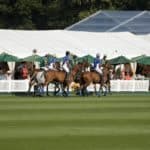 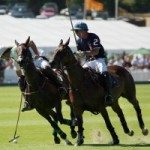 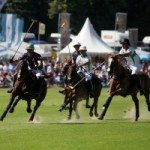 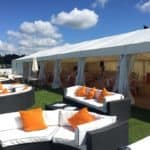 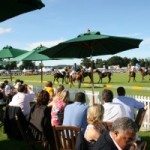 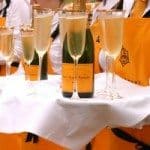 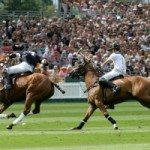 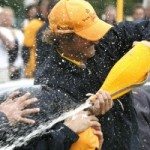 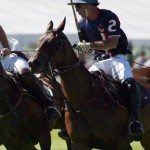 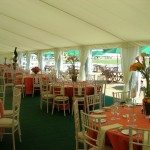 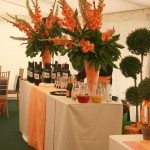 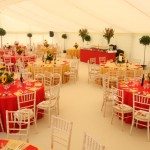 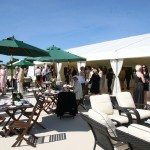 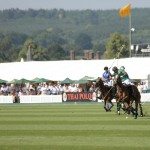 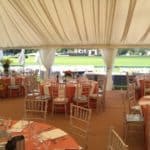 This year we are pleased to offer Semi Finals Day as a great midweek option, which has the added bonus of two matches. It is not as formal as Finals Day, but is a relaxed atmosphere with a real buzz. The Semi-finals are played on the ground adjacent to the Finals match but this ground does not have a grandstand. However, the marquee is ringside with a garden area and guests can watch the games from there. Considered by many to be the best day’s polo of the year, with two thrilling matches as four teams compete to go through to the Final of one of the polo world’s most hotly-contested tournaments. Pastries and coffee will greet you on arrival, and a professional polo player will be on hand to describe the action.

This exclusive marquee is situated in a prime position close to the polo ground with a private garden enclosure for informal seating. The marquee is situated by the arena so guests can view the polo direct from the marquee or the grandstand. The climax of the tournament, as two teams battle it out to win the coveted Gold Cup. Hospitality at the Final includes a Louis Roederer champagne reception and exclusive grandstand seating with champagne served during the match plus a sumptuous 3 course luncheon with wines.

We had a marvellous day and everyone thoroughly enjoyed the hospitality. Jenny was extremely helpful. The food and service was first class and the setting was beautiful. We all enjoyed the polo very much and would definitely do this event again.

Thank you to all at Team Tactics, especially Hellen for their help in making this such a successful event.

We had a marvellous day and everyone thoroughly enjoyed the hospitality. The food and service was first class and the setting was beautiful. We all enjoyed the polo very much and would definitely do this event again. Thank you to all at Team Tactics, especially Hellen for their help in making this such a successful event.